19 Jan 2013: The 42nd inductee to the Australian Country Music Roll of Renown was announced at the Tamworth Country Music Festival…
… WAYNE HORSBURGH !!
The unveiling of his plaque at the Roll Of Renown outside the Tamworth Regional Entertainment Centre took place on Wednesday 23rd January 2013. 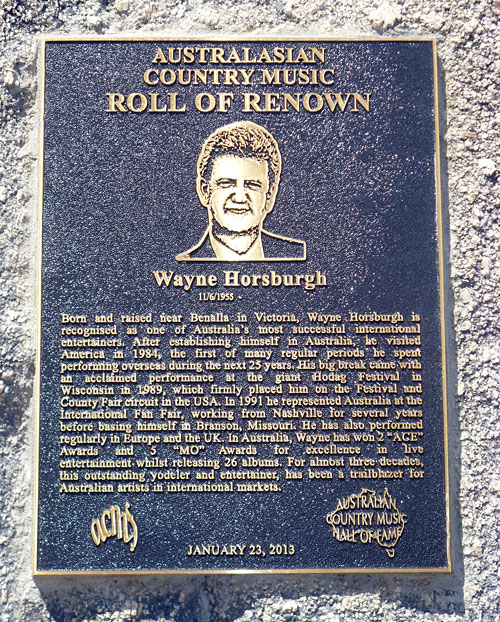 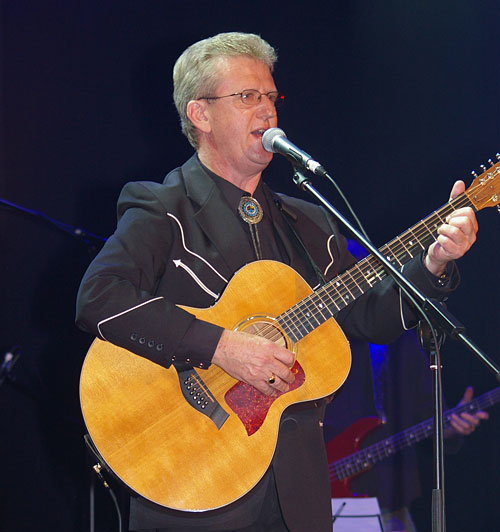 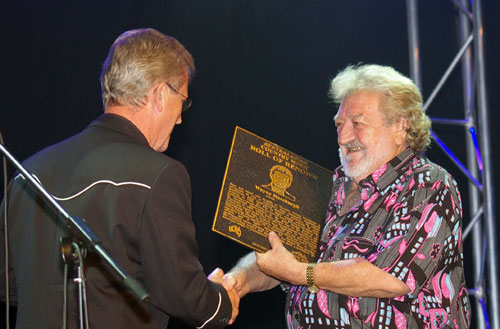 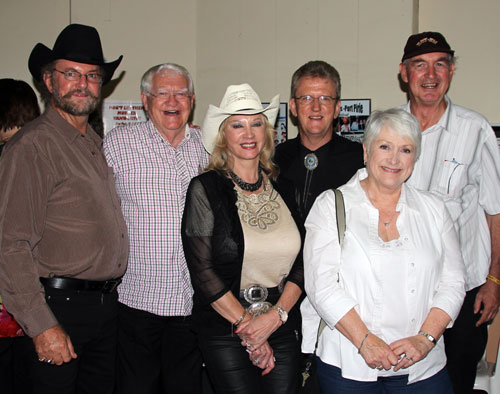 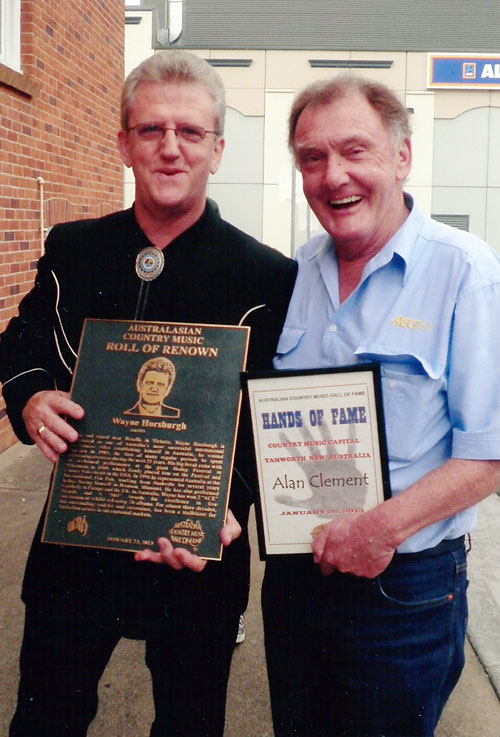 Outside the Tamworth Town Hall, with Alan Clement
who was just announced as a ‘Hands of Fame’ inductee 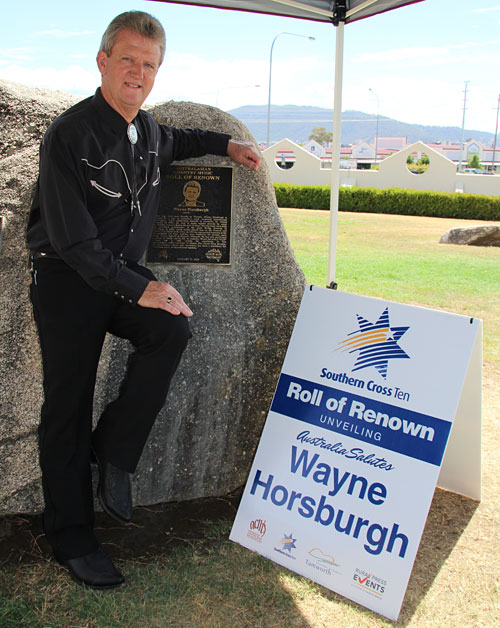 At the unveiling…
(Photo courtesy of Robyn McIntosh) 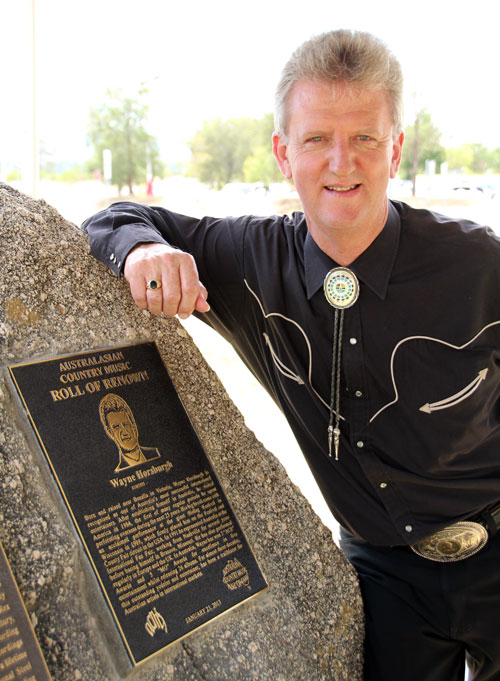 Wayne and his plaque…unveiled!
(Photo courtesy of Robyn McIntosh) 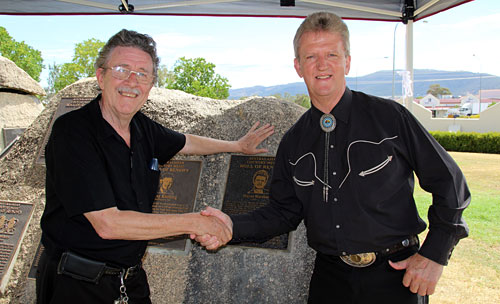 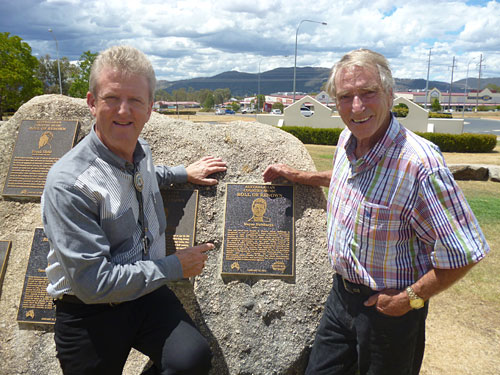 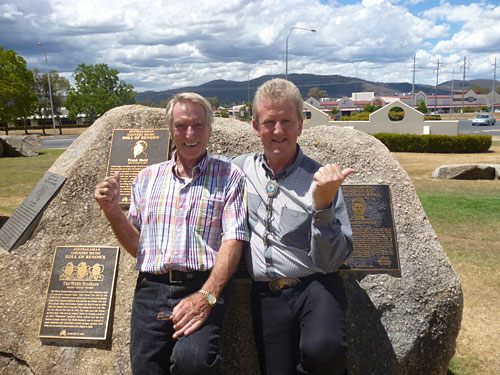 Frank was inducted in 2003 – his plaque is mounted on the same rock as Wayne’s! 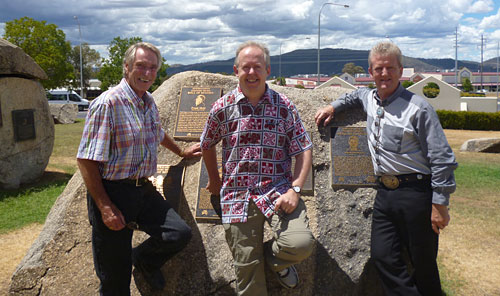 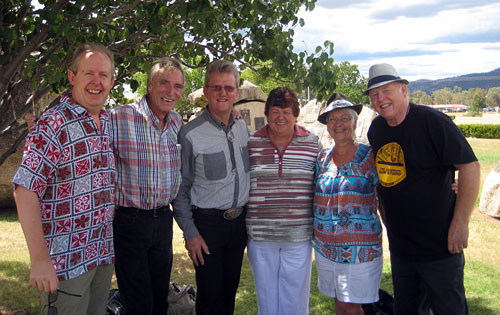 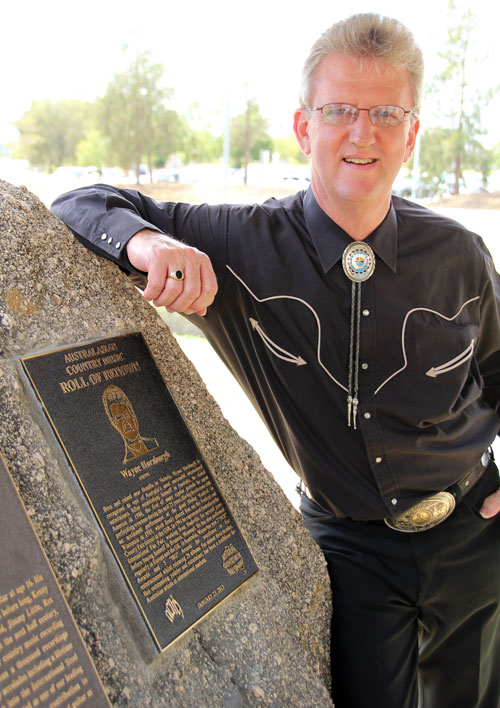 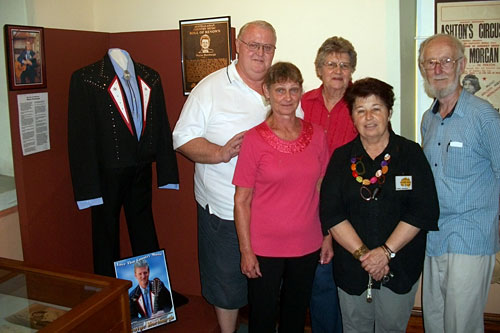 Staff from The Australian Country Music Foundation at The Country Music
Hall of Fame Museum where one of Wayne’s stage outfits is on display. 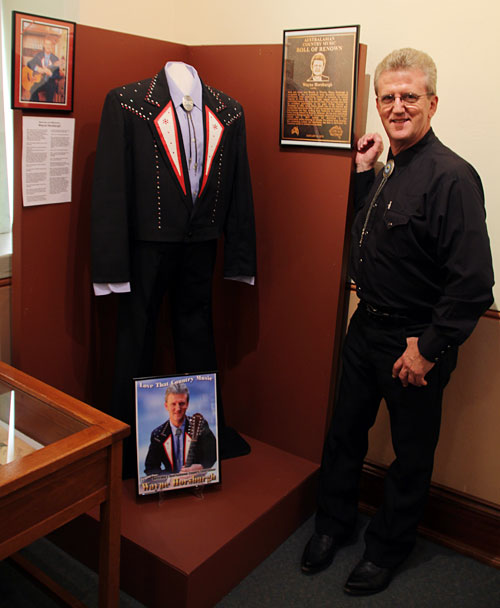 Wayne and his exhibit 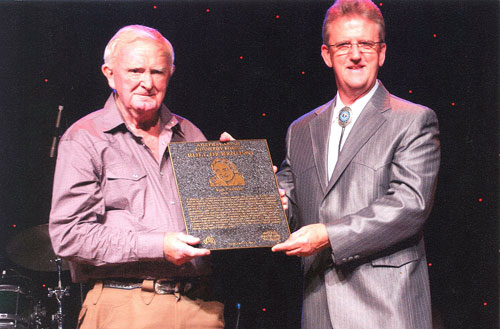 Passing the baton: The Country Music Roll of Renown in 2014 was awarded to Les Partell & Norm Bodkin. Pictured here, Wayne presents Les Partell with his plaque.